There are plenty of factors to consider when you're picking new firearms for hunting, but one of the most important is whether to look for bolt-action or semi-automatic. The semi-automatic rifle is the more modern option, and its higher rate of fire can be attractive to hunters. Be that as it may, there are a whole host of advantages that go along with opting for the traditional bolt-action, and here are just five.

Probably the most compelling reason to opt for a bolt-action rifle is that they are extremely dependable. Even if dirt or moisture gets into the mechanism, the action will almost always continue to work fine, and that's going to be a huge advantage if you'll be out in the backcountry for a few days. Semi-automatics are far more complex, meaning they aren't as dependable. Additionally, any maintenance is likely to be beyond the expertise of most hunters, while bolt-actions are relatively easy to clean.

The trigger pull of a bolt-action rifle tends to be smoother and crisper than that of a semi-automatic. This is an especially important consideration if you're buying a used rifle – older models suffered more from heavy pull weights and trigger creep. This all means that hunters usually achieve superior accuracy using a bolt-action rifle.

Bolt-action rifles continue to be available in a far greater range of calibres than semi-automatics. In fact, you can find a bolt-action rifle able to shoot pretty much any calibre. This is a real boon for hunters who like to tackle different kinds of game. If you want to go after something larger and more dangerous, you buy a rifle with a  chamber that can house a large-bore magnum cartridge to take care of business.

You should always pick up your shells after you've made a shot, and that's a lot easier when you use a bolt-action rifle. The action revolves the discharge away, while the semi-automatic will throw it more powerfully. As a result, the semi-automatic will pop shells far further than bolt-actions, so it can be tougher to find them when you need to move on, especially in areas of dense vegetation.

Whether you're buying new or buying used, you'll find that bolt-action rifles are less expensive than semi-automatics. If you're buying a gun to go hunting with, you'll probably want to keep to a budget so you have money left over to invest in optics and other hunting accessories. Bolt-actions cost less to manufacture, so they also cost less to buy. 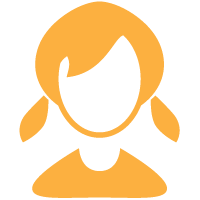 Hey! My name is Ella and I would like to tell you about the fantastic weekends I have been having ever since I met my amazing boyfriend Simon. Before I met Simon, I was one of the least active people in the world. I would love to sit around all day watching my favourite TV shows. However, all of that changed. On our first date, Simon took me to a tennis court and taught me how to play. The following weekend, he took me deep sea fishing in a boat. Next week, I don't know what we will be doing but it will be a lot of fun. I decided to start this blog to share my new found passion for recreational activities.

How You Can Get the Most Out of Your Self-Defence Training Programs
22 November 2021
If you are always anxious and afraid for your safety, taking self-defence classes can be helpful. These classes will prepare you to face your fears an …

Essential Factors to Consider Before Constructing a Tennis Court
24 September 2020
Any avid athlete that loves to play tennis will not turn down the opportunity to add a tennis court in their backyard. It provides the convenience of …

Camping Trailer Survival
26 March 2018
Going camping is a brilliant way to get out and see the countryside. If you're fortunate enough to have a camping trailer, you'll also be able to enjo …